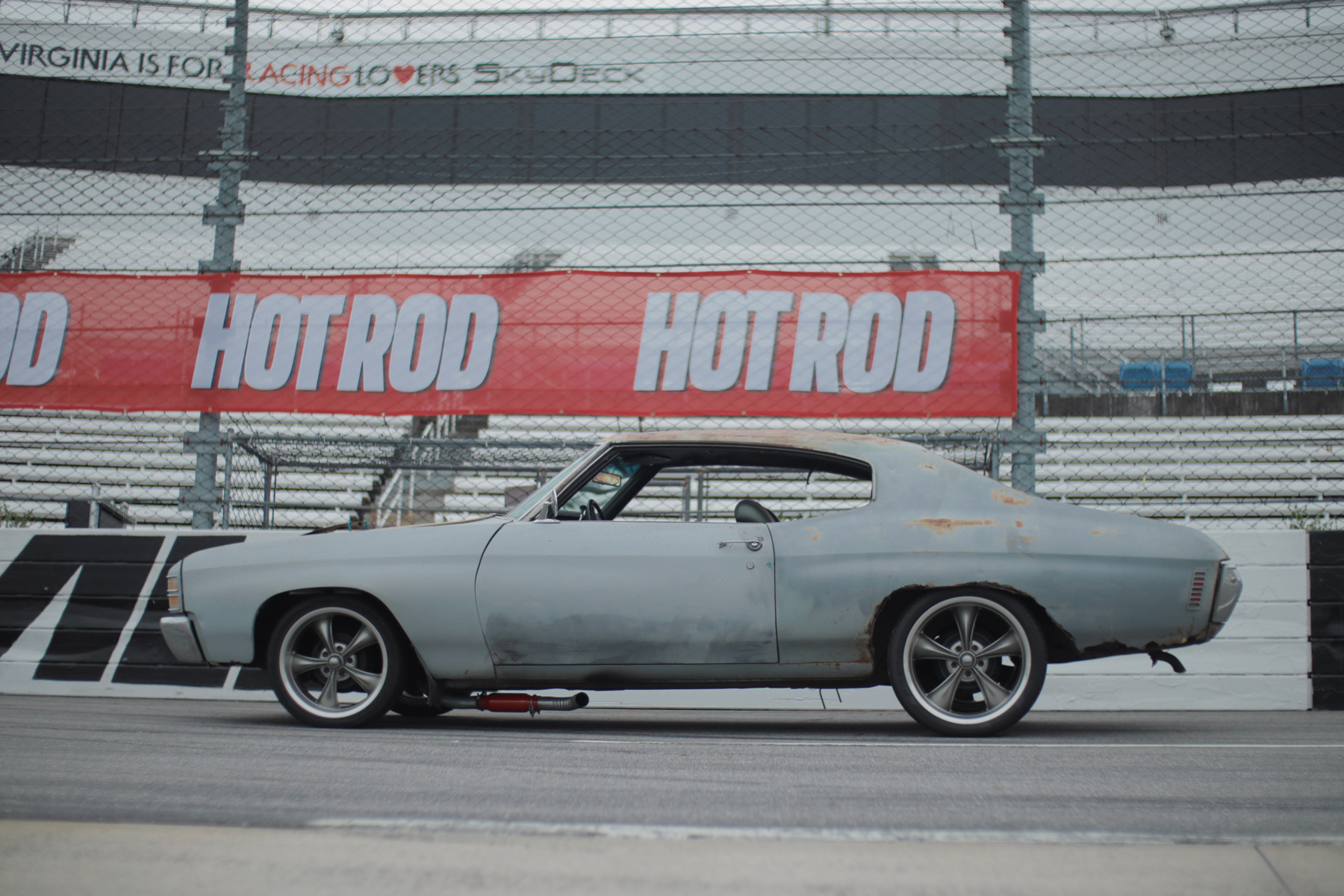 If you’re anything like us, one of the things on your automotive bucket list is becoming an official long hauler on Hot Rod Power Tour. For years we attended one or two days with the dream of making the entire trip. Work, car troubles, and other priorities always got in the way. A few years back, we even tried to take the #RattyChevelle and failed. In 2019 it finally happened: we accomplished our goal and received our official long hauler plaque.

We learned a lot in the process as well, and we’re sharing so you can have the best experience possible if you attempt the Hot Rod Power Tour long haul.

Here are the top 10 things we learned on Hot Rod Power Tour in 2019, plus a little bonus at the end.

Hot Rod Power Tour has platinum and gold packages that sell out almost immediately. Platinum might seem pricy, and you may think it’s just retired people in high dollar, pristine cars buying the platinum package, but it’s not true. There were couples of all ages, big families, fathers and sons, and a variety of different people and cars who were platinum. Sure, you could put together your own hotel arrangements for a little cheaper, but to be honest, I don’t think you’ll come out that far ahead…unless you just really love dealing with all those details (we don’t).

Why We Went Platinum

We opted for the platinum package because we didn’t want to worry about anything other than getting the car there. Since we had spent very little (almost nothing) on the Chevelle, spending the money on the best experience possible seemed to make sense. The main benefit was spending zero time and energy on accommodations. We literally just showed up to each venue and looked at the itinerary for the hotel info that afternoon.

There were other perks too…most venues had their own platinum entrance which meant less of a line, an air conditioned lounge at each venue, snacks and cold drinks, and even meals provided on certain days.

Of all the platinum benefits, these were the best:

We’re big believers that cars are really a means to an end: They’re a way to spend time and do something really fun with people you love.

A few years ago when we had our failed long haul attempt, I took my son on his first camping trip in Iowa. Even though it was just a few short days, I’ll never forget the memories we made together.

This year, I did the majority of the trip on my own, with the rest of the family joining me for the days they could make it. The rest of the time was used to meet new people, network within the car community, and make in person connections with some people I had only met online.

The car you take doesn’t matter…sort of. It’s really what you want to get out of it. You might hear arguing online that it should only be hotrods, or muscle cars, or pre-72…the list goes on…but none of that matters. The thing to remember is this isn’t an event for people who own a certain kind of car…this is an event for people with a common interest, so you should take whatever you own, no matter what it is, and have a blast.

Is It Really Just Hot Rods?

We saw Porsches, Mercedes, Chevy Cruzes, Jeeps, FWD Monte Carlos, and just about everything you could think of. On our previous failed attempt I ended up taking my wife’s Yukon. Whatever you have, go and have fun.

With that said, it really depends on your goals. We could have taken the Hellcat and had nearly a guaranteed trouble free ride complete with air conditioned seats, but where would be the fun it that? Instead, I set a goal to take the #RattyChevelle on both Power Tour and Drag Week in the same year, which made the trip much more interesting, if not a little risky.

At the very least, make sure you have a good cooling fan. Your car will be sitting in line on the way in to venues, and we saw a lot of cars overheat. Knowing this would be the case, I installed an inexpensive electric fan along with a simple relay kit from Amazon in the hotel parking lot before the 1st day. The Chevelle never had a cooling problem the entire trip.

Other things to think about are a well functioning cooling system (the Chevelle had new hoses, water pump, thermostat, and radiator), good tires, and good functioning brakes, especially if there’s a lot of mountain driving along the route. We’re running the original drum brakes, which made us nervous in the hills, but all the wheel cylinders were replaced and the system bled before we left.

Be Prepared for Anything

Also, be prepared…knowing we had some minor (significant by the end of the trip) tranny and oil leaks, I made sure to stock up on fluids. I ended up going through 2 gallons of tranny fluid and at least a gallon of oil on the trip. There were a few people regularly changing spark plugs and using waaay more oil. Some even had to replace transmissions along the way.

6. Meet People Online Ahead of Time

Hot Rod Power Tour provides a great opportunity to meet people, and it helps to find out who’s going ahead of time. You can use the internet, forums, and social media to find people who are attending and make early connections.

For us, we searched the popular hashtags related to the event on Instagram. You can find people with similar cars, common interests, or similar routes to the first venue and drive together. There were probably half a dozen people we met for the first time in person that we had talked to for months prior online.

5. Be social and talk to people

One of the best parts of Hot Rod Power Tour is the sense of camaraderie. Anytime you gather a large group of people with a common goal, you break down barriers between them. The result is a group of people who act like family or friends instead of strangers. Being open to meeting new people and having conversations makes the whole event much more enjoyable.

A great example of this was on the very first day, a family parked next to the Chevelle, put up a tent for shade, broke out their coolers and invited me over to join them. I had a fun afternoon with them and it set the tone for a great week.

4. The Hotels along HRPT

The hotels may be the best part of Power Tour…not the actual hotels themselves, but gatherings that happen in the parking lots each evening. Imagine a car show in every parking lot…people sharing stories, food, drinks, and helping each other fix any issues that came up along the route. There may have even been the occasional smoky burnout.

One suggestion: Pack a cooler in your trunk with your favorite beverage — not just for yourself, but to share with anybody new you might meet.

To make the drive to each venue the most fun, you’ll want travel with everyone else. One of the most enjoyable parts of the drive is being part of the parade of cars driving through all the towns along the route. Be prepared to wave a lot.

2. Create Your Own Road Trip When Necessary

Of course there’s no actual requirement to follow any route at all. As long as you make it to the venue to get your card stamped, you’ll be part of the long haul. Enjoy the scenery and have fun.

Some days we slept in a little and took a more direct route to make up the time. It’s really up to you.

1. Participate in as Many HotRod events as Possible

Most venues have some sort of automotive activity every day…drag racing, autocross, dyno pulls, or more. These are free to participate in. Just make sure your car is ready (battery tied down, catch can for the radiator, and bring a helmet – Here’s some basic NHRA tech info if you need it).

Vendors also have games, giveaways, and other fun stuff to participate in. One vendor was having a drawing to give away an EFI system. To enter you had to punch a card at their booth every day.

Other vendors give away things like commemorative magnets for each venue that fit together. If you made it to their table every day, you would have a complete set.

One of the extra paid events on Hot Rod Power Tour 2019 was getting to drive your car on track at Bristol Motor Speedway. Signups were sent out early by email ,and they sold out so quickly we missed it. Once we were there this seemed like a once-in-a-lifetime type moment that any car guy or girl wouldn’t want to miss.

Luckily someone invited us at the last minute and we got to experience the ride along on the 30 degree banked corners at Bristol.

Hot Rod Power Tour always ends with some sort of burnout contest. If you’re up for it, make sure you’ve got some extra tires and try to get signed up early at the final venue.

One day we decided to check out the various HRPT Facebook groups to see if we were missing any extra events, open houses, or cool stops. What we found instead was just a lot of COMPLAINING.

If you spent any time in the Facebook groups, you would think all the hotels were terrible, everyone’s cars were stolen, the food was bad, all the cars were too new, everybody parks too close and door-dings you, and the vendors refused to give out any free stuff.

We do believe networking ahead of time online is a good idea, but we suggest ignoring Facebook altogether during the actual event. Who wants to spend that time staring at their phone anyway?

The Conclusion: You Should Go On Hot Rod Power Tour

Go. If you’re in to car stuff, you need to do it at least once. Take a car that’s fun and conversational. It doesn’t have to be nice or expensive. Part of the fun is the stories you have when it doesn’t go perfectly. You’ll regret it if you don’t. 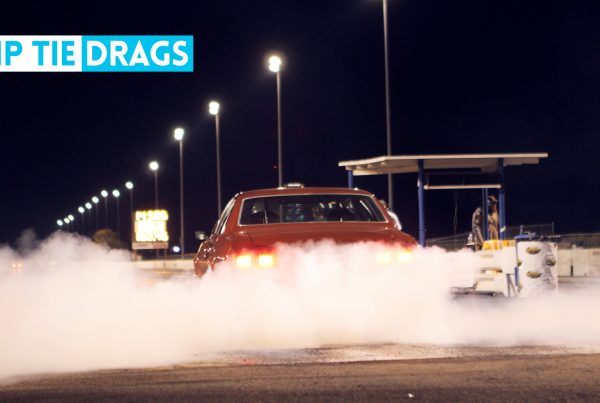 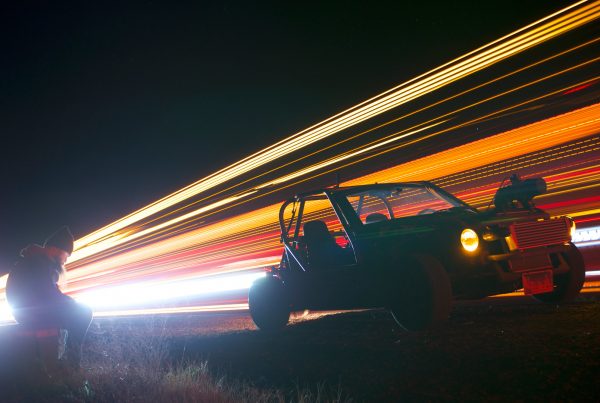 STRANDED in the desert in the Miata Kart 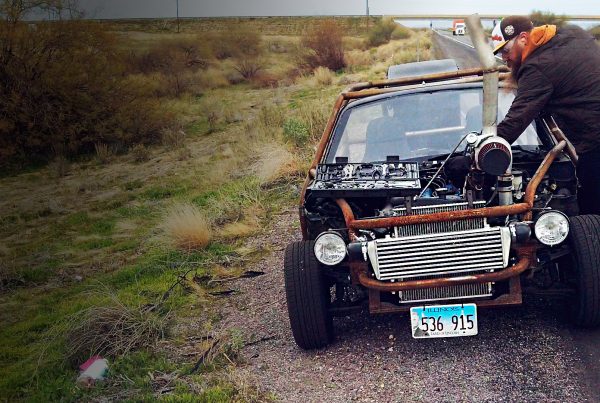