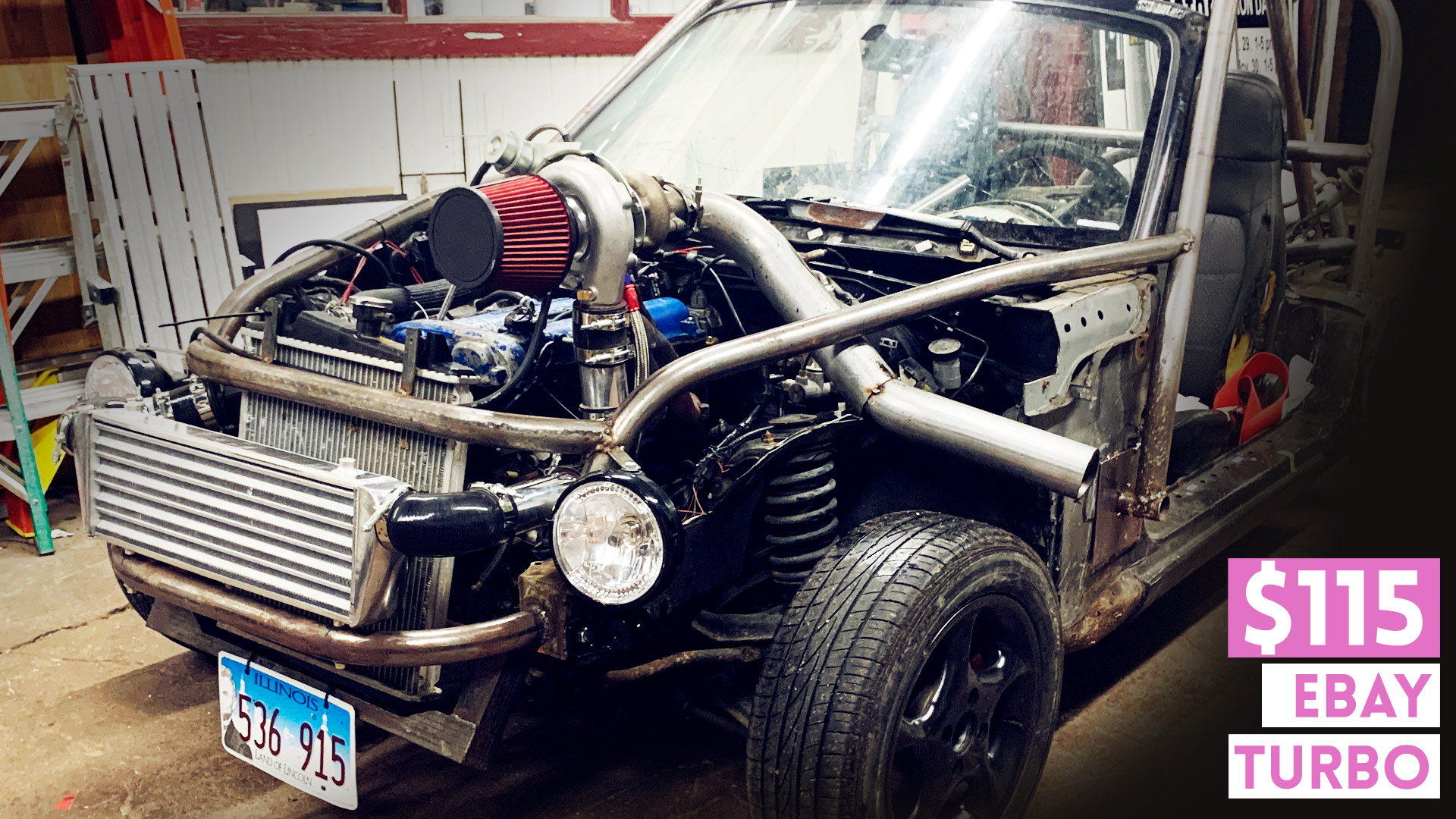 Cheap Ebay Turbos: How to Choose One for Your Project Car

If you’ve been around the internet on any car related page, you’ve surely heard about someone installing cheap ebay turbos. But is it really a good idea?

We’re not saying you should put a cheap turbo on your high end, high dollar build — do what’s appropriate, but for our $200 Miata, we couldn’t justify spending any more than the minimum. What’s the worst that could happen? We blow it up?

Mostly what you’ll hear is that your cheap ebay turbo will blow up your engine, or will only last as many miles as the dollar amount you spent. Spoiler alert…ours did blow up, but it was 100% user error and not the turbo’s fault.

How to choose the right turbo kit

The Turbo we chose was a maXpeeding rods T04E kit. Prices fluctuate and multiple sellers carry it, but it’s available on both Ebay and Amazon.

To go along with our turbo, we also purchased a cheap universal 12 piece intercooler kit. Prices also fluctuate on these, and again, you can find them on Ebay and Amazon.

Other Factors in Cheap Turbo Selection

You’ll hear and read a lot of people saying “that turbo will be too laggy” or “that won’t make boost until a really high rpm” and we don’t actually think that’s a bad thing.

The internet (especially the Miata forums we were reading) will say you want small turbos that build boost at low rpm so it’s still fun to drive. They also say stuff like “You’re not doing it right unless you spend at least $3500” without any real reason except they probably spent that much.

There’s a school of thought that says if you bring in the boost higher in the rpm range, the combustion events are shorter which means less time (and less chance) to bend rods and break something. Because of this, we’d rather go slightly too big and be laggy, than too small.

We chose a cheap T04E turbo, but to make our fab work as simple as possible and not have extra expenses, we wanted 2 things,

There were definitely cheaper turbos on ebay, but we specifically chose one that came with an oil line kit. We didn’t want the extra expense and hassle of chasing down all the extra fittings hoses needed to install it.

You need an intercooler…just get one. Without it, your cheap ebay turbo will make your intake temps higher, you won’t be able to run as much timing, you’ll risk pinging and detonation (which destroys pistons), and ultimately your combo will make less power.

There are numerous cheap intercooler kits on ebay and they all seem to be about the same. They all come with silicone connectors and aluminum piping. They’re super convenient for building your cold side and come with all the clamps you need too.

We searched ebay until we found the cheapest kit with the most pieces in the color we wanted.

Don’t forget everything else

Obviously, this article isn’t everything you need to install your cheap turbo. You can’t forget things like:

But those topics are for a future article. You can check out the Miata Kart build and subsequent road trip to Zip Tie Drag in Tucson, AZ on the Blvckflagd Youtube channel. 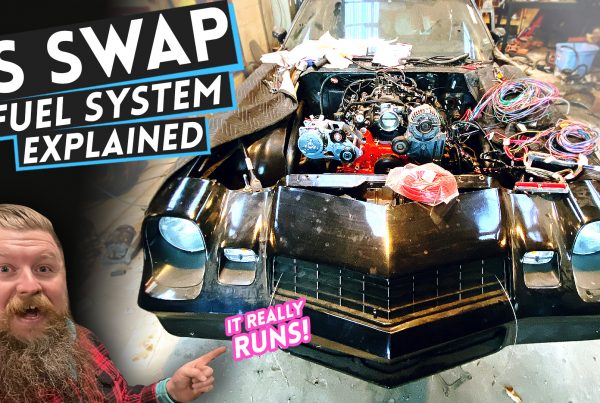 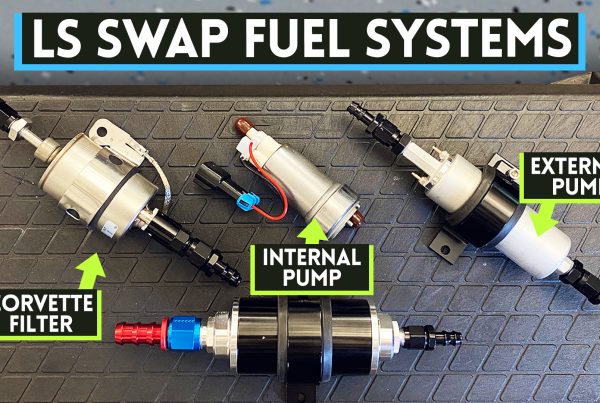 2 LS Swap Fuel Systems YOU can build on the cheap 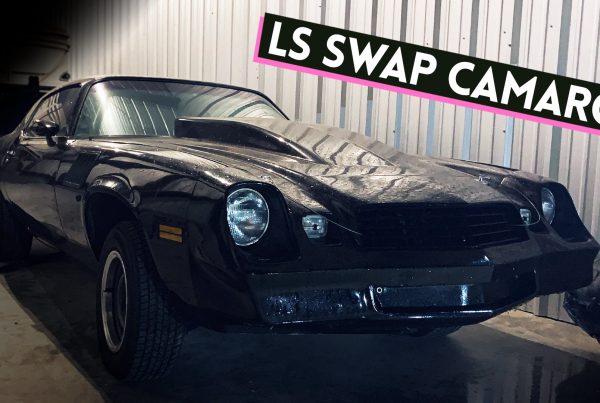